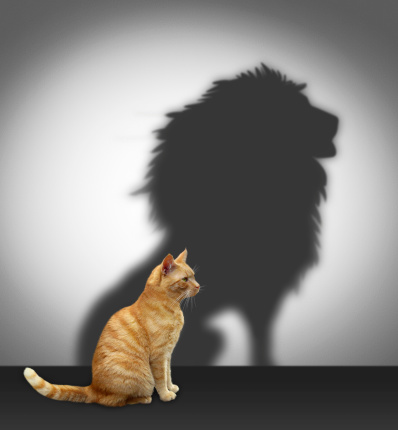 John Wayne once said, “Courage is being scared to death and saddling up anyway.” Observed acts of courage are nourishing to the spirit and inspiring to all of us. In business, this is just as true and important as it is anywhere else.

Two company leaders who went above and beyond the call with their courage, demonstrating the kind of direction that characterizes great leadership, are the CEOs of Canada’s Maple Leaf Foods, and Southwest Airlines.

Maple Leaf Foods’ CEO, Michael H. McCain, faced a difficult situation when numerous deaths were attributed to contaminated meat produced by his company. Meeting the obvious media interest, he stood resolutely in front of the cameras accepting responsibility for the problem. Not all leaders are cut out to handle this kind of pressure, or deliver a necessary and potentially disastrous response with this much courage. An old, Latin proverb tells us that fortune favors the bold, but abandons the timid. Maple Leaf Foods was saved because of McCain’s bold resolve and dedication, which rested on the foundation of his courage.

The CEO of Southwest Airlines, James Parker, displayed a similar courage in the face of a different kind of threat. Deep in the shadow of the recent horrific events of 9/11, the trend for businesses was to cut workforces and pull back on expansion projects in the recognition that far less prosperous times may lay immediately ahead. But, while these fears gripped industries nationwide, and particularly the airline industry, one airline CEO made the brave choice to buck this trend. Only three days after 9/11, Parker announced that Southwest would not be cutting employees, and in fact, would be keeping them all, as well as initiating a new profit sharing program with them.

These CEOs are cut from a different cloth than some, such as those from some of the large Wall Street banks prior to the 2008 crash, as well as Enron and WorldCom, to name a few. These companies were unable to find the ethical internal compass to reject risky operating plans in the name of artificially elevated profit taking. The scandals that ensued in each case demonstrate a lack of courage and a lack of commitment to ethical standards in business. True courage in leadership is as valuable as any given asset for an organization, no matter how large or small.

Ernest Hemmingway said that courage is grace under pressure. The CEOs of Maple Leaf and Southwest certainly had an element of grace under pressure, but they had more than that. Echoing what John Wayne said, author Arthur Koestler wrote, “Courage is never to let your actions be influenced by your fears.” These men did not let either notions of greed, nor the fear of failure sidetrack what they knew they needed to do. They saddled up, anyway.