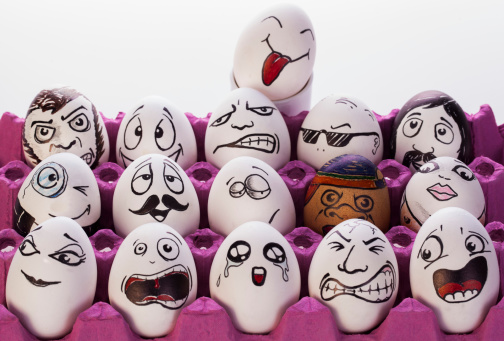 In some ways, the most important goal of any piece of print marketing isn’t merely to act as an educational tool for your target audience. While conveying the message of what your product or service does and why they need it is integral to the success of your campaign, it is only one small part of a much larger goal. One of the major keys to success in advertising involves evoking an emotional response from people, which is something that print marketing as a medium can do quite well – if you approach it from the right angle.

Nostalgia is the Key to the Emotional Response

One of the single best ways to inject emotion into your print marketing is through good, old-fashioned nostalgia. Even if your message is framed in a way as simple as "Things used to be great, but now you have a problem. With X product or service, they can be great again," you’re going a long way towards tying your particular product or service to emotional past experiences that the customer has had. This lets them both acknowledge that they long for the days where things were much simpler and gets them to realize that with what you’re offering, they may just get there again.

In the AMC television show "Mad Men," set against the backdrop of the 1950s print advertising industry, Don Draper at one point early on creates an astounding pitch for the Carousel from Kodak. For those unfamiliar, the Carousel was a slide projector that made it easier than ever to enjoy all of the wonderful photographs that you’ve taken over the years on a much larger scale than ever before.

Don didn’t just zero in on this functionality, however – in an impassioned speech to the Kodak board, he talked about how the Carousel was much more than just a slide projector – it was a time machine. It was a doorway into the past, allowing someone to re-live those wonderful Christmas mornings when their kids were still small, or that family trip that they took to the Grand Canyon that they’re still thinking about – all in the type of stunning detail that customers wouldn’t be able to find anywhere else.

What made Don’s pitch so successful is that he tied the product to a noble emotional response – something that people are actively looking for in what they consume, be it their favorite movie or the products they buy and everything in between.

It is inside that emotional response where most of your success in print marketing will reside. If you can tie a positive (and hopefully intense) emotional response to your product or service through marketing, you’ll create a loyal army of customers who can’t wait to buy what you’re selling because what you have to offer is so much more powerful than any one product or service: you’re offering them their own emotions.